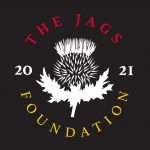 We’ve had some really great engagement from fans in recent days, telling us what they think the opportunities and challenges for fan ownership are. In this piece, Andrew Holloway, one of our Directors and the Foundation’s Treasurer, sets out why he got involved with the Foundation and why he thinks it’s the best way forward for our Club. 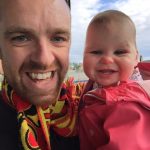 Quite a few fans have asked us what our intentions are as directors of TJF, and in particular whether we want to become Club Board directors ourselves. I thought it would be worth setting out my personal perspective on this.

While each Board member of TJF is unique, we have common values and goals. You’ll remember that seven of us stood for election under the “Jags For Change” common platform, and since the full Board of nine has been elected, there has been fantastic teamwork and camaraderie right across the Board.

Why did I get involved?

My single and simple intention and desire to be a TJF Board Director was to be part of positive change for Partick Thistle Football Club. What do I mean by positive change? I mean the delivery of a fan ownership model (like that of St Mirren, or Motherwell, or Exeter, or Bohemians!) that puts fans at the heart of the football club.
First though, let’s kill a couple myths:

Even if this had been my intention, any such transition is not guaranteed unless and until, at the earliest, fan representation is negotiated and agreed. At that point, the right people with the right skillsets would need to be identified. I am a Director of TJF – a body of 616 (and counting!) fans – who want to see fan ownership delivered at PTFC.

Getting the right skills and experience in place

It is not our desire or intention that TJF’s Board should run the club, or that we simply displace the existing PTFC Board. Well run businesses rely on continuity and stability.

However, we do think there should be board representation for the fans under a fan ownership model, just as we see at other clubs (see our piece on St Mirren from earlier this week). TJF has a large, growing and engaged network with the Thistle fanbase. TJF Board Directors and indeed our members can help the Club to identify individuals with suitable experience and skills that would augment the existing strengths of the PTFC Board.

Both the TJF Board and Club Board have shared aims in terms of where we want Thistle to be on and off the park. We also have a shared view of the Club’s wider role in the community. We hope to be able to complement each other’s strengths. But we’ve always said that the PTFC Board should run PTFC and the TJF Board should run TJF.

As for me personally, I have little desire for a PTFC Board Director role. At our first meeting as a Board we went around the (virtual!) table and that sentiment was widely shared. This isn’t about personal advancement for us. We just want the fans to have a real stake in their club and to know that their priorities and interests are properly taken into account when major decisions are made.

What is TJF for?

TJF wants to take on the 55% shareholding which is currently held by Three Black Cats (3BC). We have made the positive case for this, and have shared that as far as we can with our members, and the wider support. That is an important part of our mission and was the primary reason the organisation was formed.
But that’s not the only reason for our existence. We are also a vehicle for mobilising the Thistle support towards other important ends. We want to build and strengthen the wider Thistle community. We want to support all aspects of Thistle’s success, both on and off the park. For us the Thistle community includes all its teams: the men’s, women’s and youth teams. It includes social causes in our community, like Jags For Good and the PTFC Charitable Trust. We want supporting Thistle to be about more than what happens on a Saturday afternoon, important as that is. We want our club to be safeguarded as an essential part of the community in North Glasgow for generations to come.
There is a lot we have done, are beginning to do, could still do and are hoping to do. We have been blown away by the enthusiastic engagement of our members, and the wider Thistle support, since our election in May. If you want to hear more from us, look out for us at games (further information about this will follow soon). Come along to our Foundation Summer BBQ on Sunday 31 July at Brewhaus on Queen Margaret Drive. Email us at contact@thejagsfoundation.co.uk or reach out to us on our social media channels (Twitter, Facebook, Instagram and LinkedIn).
Conclusion

I am proud to come from a PTFC supporting family. My dad first took me along in 1995, and since then I have met some great friends along the way. I attend as often as I can, and have introduced both my girls (3 and 1) to PTFC. I want to see a stable PTFC in the long term. I want to see the focus on success on the field, with vibrant, engaged off-field presence for our support right through our community. I want to see the delivery of a legacy fan-owned football club, one that we can all be truly proud of.

That is why I am a TJF Director!