We said we would update you today about our talks with Three Black Cats (3BC). At that time we had hoped we would have more positive progress to report, following our initial interactions with 3BC’s directors.

The wording of our previous public statement, and the commitment that TJF would be able to update its members by today, was mutually agreed with 3BC. This statement sets out our perspective on what has happened since.

What we have done so far

We have provided extensive documentation and ideas for a fan ownership model, building on both models at similar clubs and specific legal advice that we have taken. We have proactively adapted our proposals in response to 3BC feedback. Discussions to date have required our own board to be pragmatic, adaptable, and to demonstrate the spirit of compromise as would be expected in any negotiation by both parties.

Our assessment of the state of play

Fundamentally, 3BC’s directors see this process as more about gifting shares rather than negotiating terms. Their definition of “fan-owned rather than fan-run” appears to us to be uniquely narrow and at odds with other fan ownership models of which we are aware. The TJF Board believes such a narrow interpretation misses some of the positive opportunities of fan ownership. Equally, we also recognise that it is for 3BC to evaluate and decide on the ultimate destination of the shares, accounting for Colin Weir’s stated wishes and bearing in mind the need for Club and SFA approval of any share transfer.

TJF remains a willing recipient of the shares and stands ready to accept them on 3BC’s publicly stated and preferred timeline. However members should be aware that, in this process, we enjoy neither preferential status nor do we have any exclusivity. We have, however, been reassured on 15th July that 3BC does not currently have a preferred recipient and is considering all proposals put to it.

Throughout the process from the establishment of the Working Group, through the evolution of TJF, and most recently repeated at our face to face meeting with 3BC, the brief set by 3BC has been about engagement, and fan input into the process. As we have demonstrated, from the Foundation elections onwards, we are committed to providing “best of breed” engagement as a growing members organisation. We have grown the Foundation by 25% since assuming office less than 2 months ago.

The current status is that we have continued to engage in good faith on our part, and 3BC have indicated a wish to continue ‘negotiations’ in an email of 15th July.

The case for The Jags Foundation

Our last email to 3BC contained all of the positive reasons why we believe TJF is the best destination for gifting of the shares. We recreate these below:

We will shortly be balloting our more than 600 members with some important questions about the future of TJF.

In the meantime, we can assure you we have been working hard and making every effort to deliver this for all of you who put your votes and faith into this board, and we will continue to do so.

I look forward to meeting many of you at the upcoming Foundation Summer BBQ. 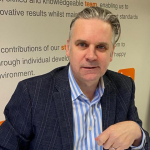