Direct Debits and Card payments will resume from Friday 1 July

On 13 April, the previous TJF Board announced that it would be placing a “pause” on members subscriptions, including monthly membership fees and additional donations. This was the right thing to do at the time given the relationship between TJF and Three Black Cats (3BC) had broken down.

Since then, a lot has happened. The new TJF Board has been elected by the members, and dialogue with 3BC has been restored. In light of this, we now intend to lift the payment pause, from Friday 1 July. Your pledged payments will start to be taken again as before on or after that date.

At this stage in the fan ownership journey, it is important for the Foundation to show that it is a credible and effective revenue-raising vehicle, ready and willing to take responsibility for our club. Restarting regular contributions is a critical part of that.

In lifting the pause, we want to thank everyone who has made a financial contribution to the Foundation so far, and those who have pledged a regular contribution going forward. Your continued support is vital to what we are trying to achieve.

Your contributions so far

More than 530 members have raised over £20k to date, since the Foundation started collecting membership subscriptions in late October 2021. This is a solid base on which to build.

These contributions have enabled us to provide sponsorship support both to Partick Thistle and to the Partick Thistle Women’s team. We intend to renew that commitment in the season ahead and hope to make positive announcements about that very soon.

Most of the subscriptions so far, however, have been used to bolster the cash reserves of the Foundation. It is important, especially in its early years, that we build-up a “rainy day fund” of this kind. Any responsible owner of a football club needs to have cash reserves available to protect it against financial shocks. As we saw with the pandemic, even well-run football clubs sometimes need to know that their owners can provide exceptional support.

At the moment, the Foundation has pledges from members of £5k per month, or £60k per year. Our ambition is to grow this sum so that it compares favourably with other fan-owned Clubs in Scotland, including Morton and Motherwell.

What are our plans for money raised in the longer term?

A lot of fans have asked what the Foundation plans to do with the money that it raises in future. This is a fair question, and we want to provide you with a broad indication of our intentions.

As the club’s majority shareholder, The Jags Foundation would seek to provide significant, reliable, year-on-year financial support to Partick Thistle. This regular source of income will make it possible for the Club Board to plan for bigger budgets and make it easier to keep to the budgets that it sets. A club with strong budget planning off the park is one that can build a stronger team on it. We can also better ensure that we have playing and spectator facilities that are fit for purpose.

For the first few years, the Foundation will also hold some of its proceeds in reserve. Any prudent fan ownership vehicle should have a well-resourced “rainy day fund”. This protects the Foundation itself and allows us to support the club in other ways should it face financially more challenging times in the future. We are keen to explore partnerships with Foundation sponsors and patrons, and other fundraising opportunities, to build-up this “rainy day fund” to a strong position. The quicker we can do this, the sooner more of your subs can go, responsibly, directly into the club.

We also intend to reinvest some of the money the Foundation raises back into the wider Thistle and Maryhill Community. The Partick Thistle Women’s team, though formally distinct from the club, is an important example: we will continue to sponsor them in the forthcoming season and hope to keep that partnership going longer-term. We also want to forge partnerships with community outreach and charitable organisations (like Jags for Good and the PTFC Charitable Trust) as well as social enterprises in Greater Glasgow.

For every 100 or so fans that sign-up to our regular monthly contributions, the Foundation typically raises about £10k extra each year. Your money can make a real impact, ensuring that our club both survives and thrives in the coming years.

What other ways will the Foundation seek to raise money?

Membership fees are not the only part of the picture, though they provide a solid base from which to grow other fundraising activity. At some clubs, like Exeter, fan memberships actually make up less than half of the money raised by the ownership vehicle.

This is where the important work of our new Engagement team comes in, organising events, sponsorship and fundraising initiatives, mobilising the skills and resources of the wider Thistle family.

If you think this is something you can help us with, please get in touch at contact@thejagsfoundation.co.uk.

I have questions about my membership subscription. Who should I contact?

All membership enquiries should be sent to membership@thejagsfoundation.co.uk.

Thank you again for your support. 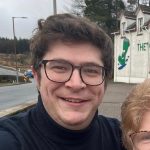