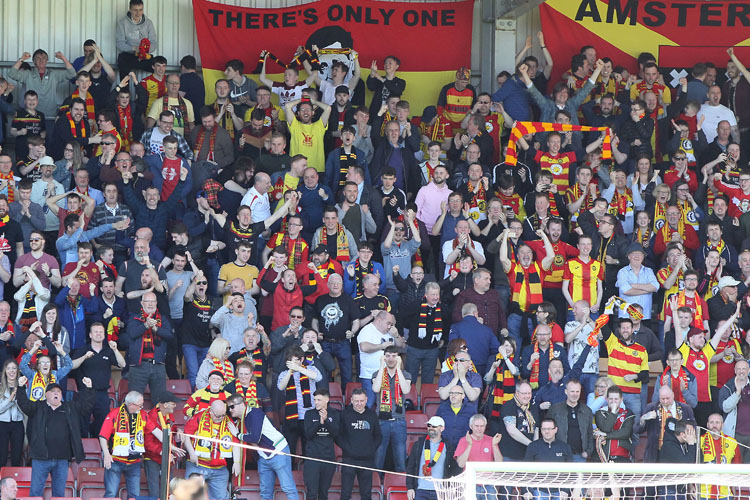 While Glasgow, and consequently our own club, remains firmly in Level 3 of the Covid-19 Protection Levels it has been heartening to see limited number of fans once again permitted to attend football matches in other parts of Scotland.

Football played without the backdrop fans is a much diminished experience and hopefully the days where fans will be able to return in significant numbers to all football grounds in Scotland are not too distant.

Football fans are nothing if not opinionated. The endless debates we have with our fellow fans surrounding our teams’ fortunes is one of the many joys of being a football fan. While we might not all agree on the merits of the manager’s team selection each week or, indeed, whether the man in charge at any given point is the right man to make that selection; we are all united in one thing. We all want our team to be successful.

We Thistle fans are no exception to that. We all care passionately about the future of our team.

That passion, that desire to see Thistle reach their full potential has been clear to see in the debate surrounding our journey towards becoming a fan owned club.

We as a group are taking the Thistle fans along the first few miles of that journey but ultimately the direction the club takes will be shaped by the supporters who, once this process is completed, will become the owners of our club.

That term ‘owners’ has been much debated among Thistle fans. What precisely does it mean? Will it mean that it will be our fellow fans, who we sit cheek by jowl with inside Firhill, will be picking, for example, who plays right back each Saturday?

Nor is fan ownership a soft option, but it will give us the chance to have a decisive say in how we want our club to be run.

As mentioned above the direction that the fan owned Partick Thistle will take will be decided, not by this working group, but by those that play an active role in its’ activities. We can’t, nor should we, try and predict what that will be, but we do not foresee a fan owned Partick Thistle as simply ‘business as usual’ but with a few new faces, or not so new, thrown into the mix. This is an unprecedented opportunity that we have been handed. This has arisen not due to some financial crisis but through the largesse and generosity of one man, Colin Weir, who had a vision of the future of Partick Thistle with its fans front and centre in that future. Sadly Colin won’t be here to see his vision become a reality but his legacy will not be diminished any because of that.

As this represents the final programme of a year that nobody is likely to forget it would be remiss of us not to wish each and every Thistle fan a very Happy Christmas. We hope that as 2020 turns into 2021 that the New Year brings us all better and happier times. Thistle folklore indicates that truly memorable events occur every 50 years in the Club’s history. In 1921 we won the Scottish Cup. Fifty years later in 1971 we lifted the League Cup in never to be forgotten fashion. 2021 represents the passing of another fifty years since that League Cup triumph. Is it too much to hope, to dream, that 2021 will produce another landmark moment in the history of Partick Thistle Football Club?