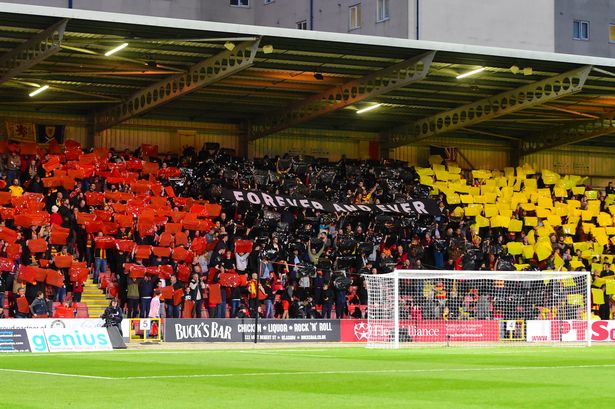 With the return of fans to grounds, and with it the welcome reuniting of the Thistle community, we felt that now was the perfect opportunity to provide a long-awaited update on the affairs of The Jags Foundation, and the progress towards Thistle becoming a fan owned Club.

Much has happened since our last update. Not least Thistle clinching the League One title in such fine fashion.

Winning each of our first two matches upon our return to the Championship took Thistle to the top of the league. There was something typically Thistle then, that as we contemplated this update coinciding with a general feeling of optimism, that the team came crashing back to earth with defeat at Arbroath.

Disappointment was naturally the dominant emotion as we trooped out of Gayfield but there was something reassuring about it once again being a shared experience. Slowly but surely the Thistle family is getting back together.

During a weekend where the racism that so often blights our society has been again thrown into sharp focus, both at our own fixture and elsewhere, we should be proud of the inclusive nature of our own support. While we all have differing opinions on various aspects of our football club there are times when we need to stand as one. It’s not just the support of a football club that unites but, we hope, a set of core values. An injustice against one of us is an injustice against us all. United and together we need to face such injustices.

And it is together that we will we face what the future holds for Partick Thistle Football Club.

There have been some pivotal moments in the history of our Club.

We celebrated one of them, the 100th anniversary of our, to date, only Scottish Cup triumph just a few months ago.

In a few months’ time we will celebrate another; the 50th anniversary of the 1971 League Cup Final victory over Celtic.

We believe that future generations of the Thistle fans will look back at this period of transition towards fan ownership as another pivotal moment in our club’s long and distinguished history. That 2021 will join 1921 and 1971 in becoming revered dates in our history.

We appreciate though that right now that what the wider Thistle community want is definitive dates of when the transfer of shares from Three Black Cats to The Jags Foundation will take place. When, in short, Partick Thistle will become a fan owned Club.

We thank you for the patience that you have exhibited so far in waiting for that information and we ask for your patience for just a little longer.

Significant progress has been made and continues to be made. We are getting closer and closer to turning the hopes and aspirations of Colin Weir into a reality.

In practical terms we do now, finally, have a bank account. You wouldn’t believe the trials and tribulations involved in what you would have thought would be a straightforward process.

We also have a database partner and once rigorous testing of signing up members and payments processing has been completed, we will shortly be in the position of taking on members and receiving membership fees.

An exciting a new chapter in the history of Partick Thistle Football Club will soon be beginning.