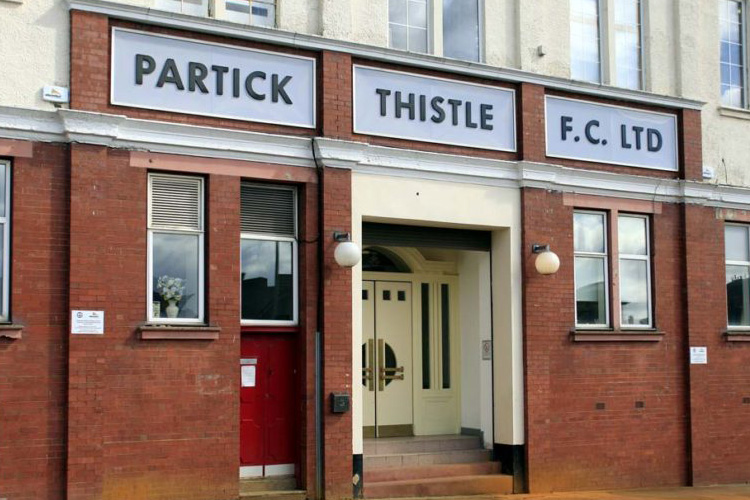 This article by James Cairney appeared in the Glasgow Times:

TRULY momentous moments don’t occur all that often for Partick Thistle. In fact, they usually come along just once every 50 years.

In 1921, the Jags lifted the Scottish Cup for the only time in their history while the Maryhill club’s finest hour – the 4-1 thrashing of Jock Stein’s Celtic in the 1971 League Cup final – arrived precisely five decades later. And with 2021 on the horizon, Firhill is bracing itself for another significant development.

Colin Weir, the Euromillions winner who bought a controlling stake in the club in November last year before passing away a month later, leaves a legacy that will change the club forever. It was his wish that Thistle be a fan-owned club, and that dream is becoming ever closer to being realised.

The Working Group – a collection of supporters who have volunteered their time to oversee the transition and implement the new ownership model – have been working throughout the year, adding the final touches to their proposal via Zoom meetings with supporters as they prepare to ramp things up in the coming months.

“At the start of the new year, we’re hoping to start encouraging more fans to get involved by signing up to find out more about fan ownership with a view to joining as members later on,” says Gavin Taylor of the Working Group.

Membership of the Jags Foundation, the newly-created company that will own the shares gifted by Weir once the process is concluded, will be open to all and will work largely along similar lines to the models in use at Fir Park and Tynecastle. Fans will pay a monthly subscription – with the possibility of additional benefits based on how much they contribute – and in return, they will have an equal vote within the Foundation. One member, one vote is a fundamental principle.

There will be a nominations committee to oversee the appointment of directors to the club board, as Sandy Fyfe from the Working Group explains.

“It wouldn’t be a direct right in that any appointment has to pass the SFA’s fit and proper person test,” he said. “So they would have to be routed through a nominations committee which would include a Jags Foundation member, a club board member and an independent third party to chair it.

“As the majority shareholder it’s our expectation that the board members we put forward will then make it onto the board.

“I hope that all the people that end up on the board are fans, albeit with requisite skills. There’s a careful distinction to be made between fan-owned and fan-run but I hope that people who run the club are fans.

While the likes of Motherwell and Hearts have made similar transitions in recent years, the Working Group’s Andrew Donnelly points out that there is one hugely significant factor that makes Thistle’s situation somewhat unique.

“It’s different for us,” he said. “We saw what was announced the other week with Rangers [when Dave King agreed to sell his shares to fan group Club 1872] but we don’t have to pay for this. We don’t have to raise money to buy the shares, they’re being gifted to the fans.

“We’re also quite keen to speak to people that aren’t going to games every week. We think it’s a diverse fanbase.

“That’s not the culture we live in now; there are a lot of people who work abroad or work different shifts but we all bleed red-and-yellow. Just because the average gate size isn’t as high as what we would like, it doesn’t mean that’s our ceiling in terms of the amount of people who buy into this.”

Fyfe added: “Because we don’t have to raise X amount to buy the shares, the money raised through the Foundation only enhances the finances of the club.

“In this particular situation, there’s no threshold [of a minimum number of members required]. However, we understand that Colin Weir’s wish was to have the full diversity of the supporter base included in this. Inclusivity was really important to him and we want to embrace that as well.”

Fyfe believes that convincing more fans that sign up will give a sense of plurality to the Foundation’s collective voice – something, he says, that the Working Group are already benefitting from.

“There’s been some great stuff,” he said when asked about the feedback the Working Group have received thus far.

“One of the things that I’ve taken from it that we were looking at Hearts and Motherwell as the best comparables to us but a few people have said to have a look at Bohemians in Ireland and the way they operate, which we’ve now done, or St Pauli in Germany and the way they’ve built up their fanbase.

“People have given us other clubs to look at beyond what we had focused on so far. We’re taking all that feedback and learning.”

Taylor was keen to point out that the Foundation should not be seen as fundamental funding that the club will rely on to operate day to day; instead, supporters should consider the additional revenue as a bonus.

“We’ve been working with a break-even budget,” he explained. “The club has still got to be financially sound and stand on its own two feet and be managed that way.

“The money that the Jags Foundation will raise will be additional funding. It might be for the players budget or ground improvements or whatever. We’d like to think that members can choose which projects to support but as the major shareholder we’d speak to the Partick Thistle board to agree what these could be.”

With a website set to launch in the New Year, the Working Group are looking forward to ramping up their communication with the club’s support as they look to bring more fan voices into the conversation. “It’s really key,” said Fyfe.

As for when the share transfer will go through, the Working Group are not keen to get hung up on specific dates. They would like the process to be formalised next year – adding that the working relationship between the Working Group and Three Black Cats (Weir’s company that currently owns the shares) has been positive and healthy – with the coincidence of a quirk of the calendar not lost on them.

“In terms of specific dates, it’s out of our hands just now,” admitted Taylor. “We’re working towards being in a position where the Jags Foundation is a robust organization that will be able to take on these shares.

“We don’t have a date to do that yet and Colin Weir’s estate is also being tied up. So it’s a wee bit out of our hands but we’re hoping that sometime next year that will happen.”

Fyfe echoed the thoughts of Taylor, adding: “I know the Working Group have received a degree of criticism for the pace which we’ve moved at various times on forums and the like but there’s nothing we’re doing that’s holding it up.

“It’s outwith our control and in the hands of a third party. I’m sure that we’ll be ready to receive the shares at the point they’re able to be transferred and that’s what we’re all working towards. Three Back Cats have limited control as well because this extends back to Weir’s executory.”

The odds of the current Thistle crop matching the semicentennial feats of their predecessors seem remote at best, yet 2021 could still go down as one of the most important of the club’s 146 years to date.