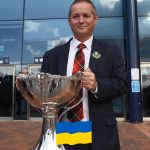 In the second part of an ongoing series, TJF Board Member Allan McGraw sets out why he decided to run for The Jags Foundation Board and what his hopes are for Thistle in the future. 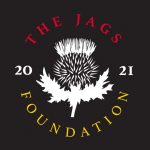 It’s now just over two months since I was elected as a Board Member of The Jags Foundation. Now is as good a time as any to share my reasons for getting involved and to give some insight into what the first two months have been like.

While each TJF Board member brings different skills and views to the table we all share a common passion for Partick Thistle and an enthusiastic commitment to fan ownership for our Club.

Why did I get involved?

I put myself forward because I want to make Colin Weir’s desire for fan ownership a reality. Cooperation had broken down in April and I couldn’t just accept that was the end of the journey. I couldn’t just stand by without trying to do my bit to recover the situation and get us back on the road to fan ownership.

I’ve been a Jags fan for over 50 years. From the heyday of the 71 League Cup Final, the doldrums of the 80s, Metz in Europe in the 90s. To the double promotions in the 2000s and the best Partick Thistle football I’ve watched in the league winning 2013 season and the five or so seasons that followed. I love my Club. It’s my Club, it’s our Club and I firmly believe we have a lot invested in it and a right to play a part in its future.

I didn’t get involved in the Foundation to be known as a Board Director. I consider myself just an ordinary fan who has the honour of being elected to represent fellow fans and I’ll do my best to do just that.

The first two months of the new Board has been, I have to say, a bit of a rollercoaster ride. Lots to do and organise and importantly to crank up our engagement with Thistle fans. I’ve been put in charge of our matchday presence, with our stalls in the two stands. It was a fantastic feeling being able to give members their McParland Pin at the Montrose game.

We have a committed and skilled set of nine Board Members, all from varied backgrounds. Each individual has their own viewpoint on the subjects we discuss. I’m pleased to say all views are listened to and respected. To date we have always reached a consensus position (eventually)! That’s not to say we don’t have differences of opinion, but there’s a mutual respect there and people are willing to be pragmatic for the good of the whole. We always find a way through.

Much of our work to date has been about getting the working relationship with Three Black Cats back on track and demonstrating our case to become the preferred recipients of the 55% shareholding. We believe we have a strong case, and we have shared that, as far as possible, with our members. Delivering fan ownership is the primary motivator for getting involved. Our EGM in September will also be part of that.

Above and beyond that though I want TJF to be a force for good within the wider Thistle and North Glasgow community. Two recent examples really stick out for me. We’ve recently agreed to sponsor two Thistle Women’s team home games at Petershill Park, and we also entered a team into the inaugural Jags For Good 7-a-side tournament at Garscube (Copa Del Jags). Both are examples of the wider Thistle community at its best. We want to become an indispensable part of that community, mobilising the Jags support, and showing that the Club is about more than just the men’s team on a Saturday afternoon.

I’m probably not your stereotypical Jags supporter, I didn’t come from a Jags supporting family. My dad, my uncles and my brothers were or are Celtic supporters. However, for me from the age of 8 and my first game in 1969 it’s only ever been the Jags.

I’m proud to say my own family – my son and grandson – are now died-in-the-wool Jags. I have no doubt that, in years to come, any newer additions to the family tree will be brought up the Thistle way. That is why it’s so important that our club grows and prospers under fan ownership so that it is always there for them.

That is why I am a TJF Director (Fan Representative)!